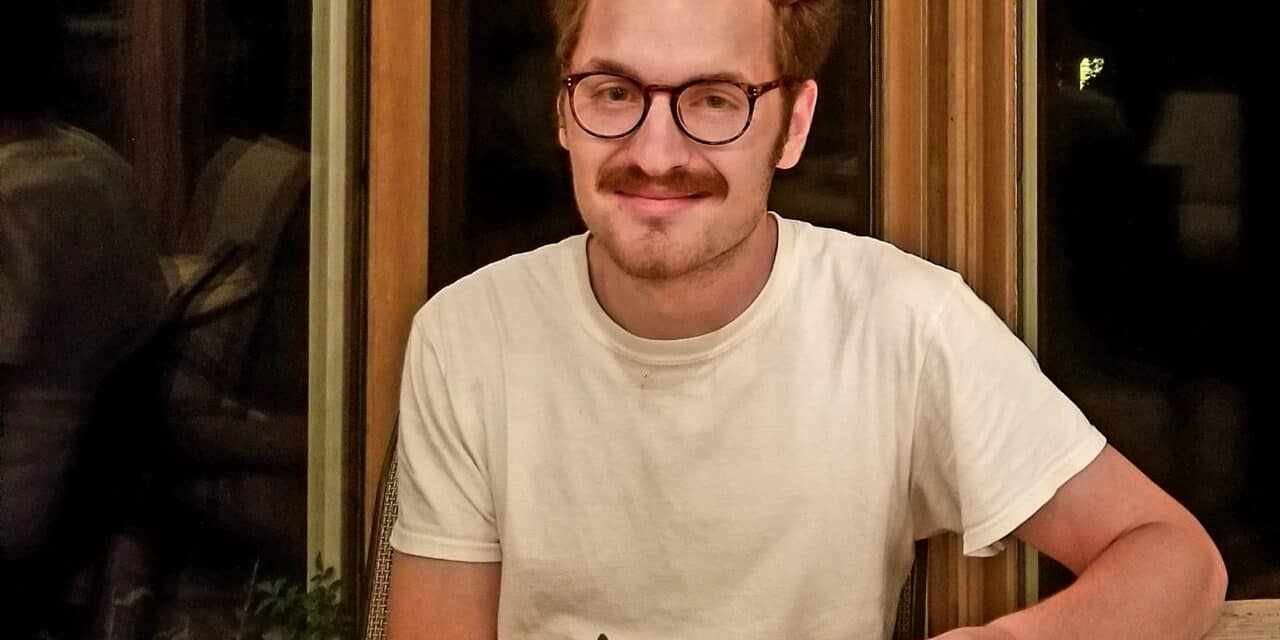 Now more than ever we are digging letters out of the attic, both literal and figurative ones. Isolation is forced reflection, so it’s only natural if quarantine has us thinking of the past. As a translator of Yiddish, I’m always thinking of the past. But beyond that, some of us have had more time than usual to contemplate the metaphysical, asking who we are and where we come from. Others of us have dealt in the plain physical, schlepping boxes around, dusting off photo albums, having finally had a chance to dig through the those unexamined family keepsakes that clutter the many caverns of our homes.

Recently it was my pleasure to receive a relic of such excavation. It was a letter dated June 14, 1939 which told the story of Breyndl, our protagonist, who was, nebekh, very sick. In her Russian inflected Yiddish she told of her harrowing journey from Horodok to Pinsk by “parakhod” (Russian: steamship) and from Pinsk to a sanitarium in Otwock. After her sons Noah and Velvl spent every last cent they had, she turned to her brother in Detroit, in the form of this letter, asking that he “not forget his dear older sister” and “save her from the brink of death”. Tragically, Breyndl never could have anticipated the German invasion of Poland which would begin a mere two months, two weeks, and four days from the date of that letter. Such micro-histories as these are casually tucked away, just as this one was, in attics and basements the country over, waiting to be translated in order for their story to be told.

Now, you could say this is nothing particular to Yiddish, and that loads of immigrant families must have letters tucked away some place which are written in German, and Arabic, and Mandarin, and Italian, and French, and so on. You’d be right, but also very wrong. Perhaps I’m bias, but I think Yiddish is special. You see, the Germans left behind German in Germany, and the Italians left behind Italian in Italy, and the Jews left behind Yiddish in… well, I suppose we just left it behind then didn’t we?

The point here being Yiddish doesn’t have the infrastructure that most other languages have. There is no nation to protect it, nor an organization to define it. Due to this predicament there was an attempt at standardization in 1920’s which was embraced by some, but as you can imagine, not by all. As the saying goes, “two Jews, three opinions”. And even if it had been embraced by all, an attempt at standardization in the 1920’s is quite late considering written Yiddish dates back to the 13th century. This means, although there are conventions, there is no standardized spelling for anything in published, or certainly anything in hand-written Yiddish. To add insult to injury, although Yiddish uses the Hebrew alphabet, the “cursive” script found in Yiddish letters written in the 19th and 20th centuries is not the same script employed by modern or ancient Hebrew. You can imagine such idiosyncracies make the translation of Yiddish letters much more difficult, but anything worthwhile is hard, and the peculiarity of Yiddish merely serves to make its translation all the more important.

Yiddish has “localisms”, these are words used by Yiddish speakers in some areas of Europe, and not in others. Breyndl’s Yiddish had elements of Russian, but of course that wouldn’t be the case for a Yiddish speaker in Romania. Localisms are an intrinsic part of the language we find in these letters, and due to the lack of infrastructure for the language, sometimes these letters are all we have. So when a letter degrades, it’s sad enough that a story is lost, but, as is the case with Yiddish, a piece of the language, a piece of our culture is lost as well.

So how did we get here? Well, since the “golden age” of secular Yiddish culture in the 20’s, assimilation has moved quickly, exponentially even. Jews who made the decision not to raise their children in Yiddish have lived to see the Yiddish world unravel, and some with remorse or deep regret about that. In this way I found learning Yiddish could be a frustrating task. There was even a sort of indignation about it. Everything about Yiddish still felt so familiar and so natural to me, yet at the same time I could feel it slipping away.

So to grab hold of it before it’s too far gone, I rummage through poetry and collections of short stories, trying to weave together the threads of Yiddishland to create the fullest portrait of this evasive place, like rummaging through old letters in the attic, trying to piece together family history. I do this because I believe if we understand Yiddish, we understand our past and, without exaggeration, we understand ourselves. And that’s what interests us about these old family keepsakes is it not? It’s a connection to the past which forms a larger since of self, a self that begins not with our birth but with everything that came before us, which happens to include bubbe’s music box, and zayde’s rubber ducky, and that’s why we hold on to them, even if we don’t display them on the mantle. And in the case that it’s not a music box, or a rubber ducky, and it happens to be a Yiddish letter, or a postcard, or perhaps a newspaper clipping, I do hope you’ll drop me a line.

Ollie Elkus is a Yiddish translator currently under fellowship with the Yiddish Book Center. Ollie likes to bake bread, play drums, and drink tea. For translation requests he can be reached through his website ohelkustranslations.com or by contacting him directly at ollieelkus@gmail.com.