Moishe came from a very religious Jewish family. His parents had always encouraged him to pray as often as he could and were beginning to worry when at age fourteen, they realized that Moishe simply just was not going to embrace Jewish prayer! Then out of nowhere, Moishe began to pray. He prayed all morning, all afternoon and all night for weeks! His parents were thrilled. They even bought him a gold watch! But then, out of nowhere, Moishe stopped praying. “Moishe, why have you stopped praying?” they asked. “We were so proud of you! We even bought you a gold watch.” “I know!” Moishe said. “It was the watch I have been praying for!” 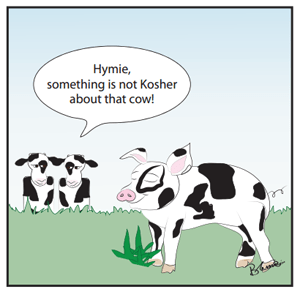 The day after Danny and Sandra were married, Sandra confessed that she dreamed of becoming a heavyweight champion. “No Jewish wife of mine is going to be a heavyweight champion! And that’s final!” Danny told her. As the months went by, Sandra’s muscles started to bulge. She was stronger than she had ever imagined. Danny began to think she was practicing heavyweights behind his back. One night, he confronted her. “Sandra, I told you that no wife of mine was going to be a heavyweight champion! Clearly, you are training at the gym behind my back! “Of course now!” Sandra said. “Then how do you explain your sudden giant muscles?” Danny asked. “I shlep a roast beef home for you every night and do your laundry twice a day! Who needs a gym when you have a husband!” 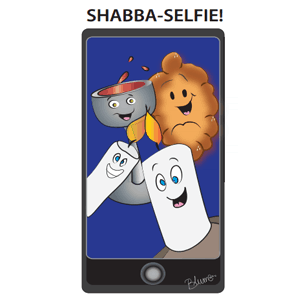 When Ben and his family returned home from his son’s Bar Mitzvah, they were shocked to discover that all the money and cards he received had gone missing! Rivkah, Ben’s wife swore she handed all the cards and money to the Rabbi and asked him to keep an eye on it throughout the party. Ben didn’t want to accuse his Rabbi of stealing, so decided it was best to avoid him!

A full year later, Ben see’s the Rabbi at the grocery store. The Rabbi corners him and says “Ben, nu! Why have you been avoiding me!” Ben sighs. “To be honest Rabbi, I have been avoiding you ever since we discovered that the cards and money have been missing from the Bar Mitzvah!” “Tell me, Ben,” the Rabbi says. “Has your son been putting on his tefillin?” “Of course!” Ben answered. “But what does that have to do with the money?” The Rabbi answers, “I put the cards and money in your sons tefillin bag which he clearly hasn’t opened since his Bar Mitzvah!” 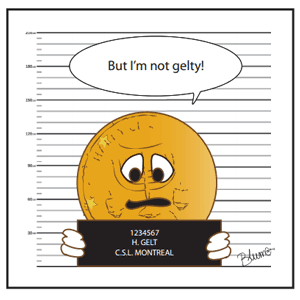 The new Prime Minister, who was Jewish, was throwing a party for all the members of parliament and he wanted everyone there to experience authentic Jewish cuisine! The first course was kreplech. Everyone at the party could not believe how delicious the Kreplech were and demanded more and more! The Prime Minister cancelled all the main courses and ordered heaps more kreplech for the politicians to enjoy! The chef took the Prime Minister aside with deep concern, “Mr. Prime Minister, are you sure you want to keep serving only kreplech? It won’t be too much for them to handle?” The Prime Minister laughed. “They can handle it! They’re politicians! They’re always full of Kreplech!” 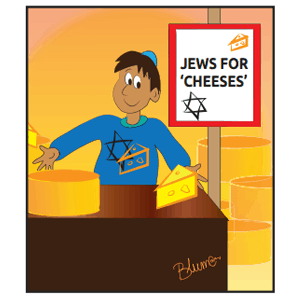 Harvey was getting dressed for his daughter’s bat mitzvah when he noticed he had a bald spot. He was about to see his entire family and friends he immediately became insecure. He bought an expensive wig and hid his bald spot as best he could.

The Bat Mitzvah was lovely. However, Harvey could not get over the fact that people must have noticed his wig! This made him more insecure than before! His daughter noticed his stress, “Daddy, what’s the matter?” “Oh Devorah, I’m just worried that everyone at your party knew I was wearing a wig!” “No Daddy! They didn’t!” “Everyone I told had no idea!”