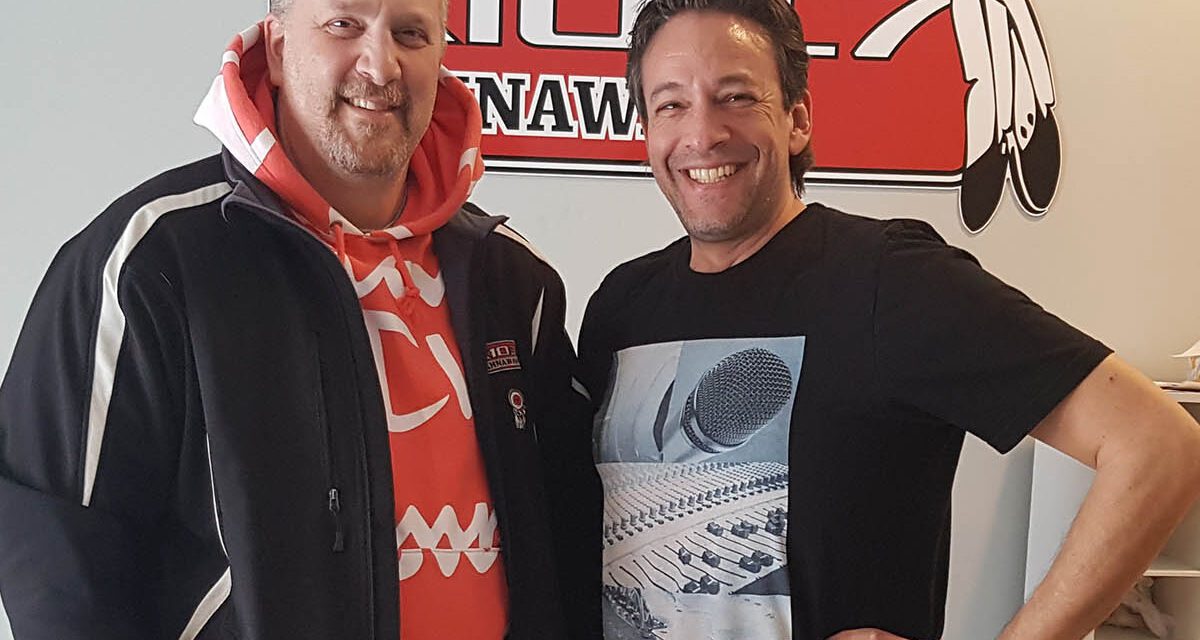 There is a definite  Jewish flavor these days at K1037 Kahnawake Radio with the addition of veteran broadcaster Jeremy Zafran as the afternoon news announcer and reporter.

Zafran brings with him a wealth of experience in the Montreal media. Most recently he spent eight years at CBC doing Drive Traffic and Television Weather.

“We are very happy to have Jeremy join us in the K1037 News department,” said News/Sports Director Paul Graif, the veteran Jewish broadcast personality who grew up in Hampstead.  “Jeremy is a consummate pro with a strong and recognizable voice. He is also very versatile as an announcer which fits in extremely well with our community radio station.”

Zafran is taking over the news anchoring and reporting duties from another strong veteran broadcaster, Jim Connell, who has decided to scale back his schedule. Connell has graciously agreed to stay on as a part-time reporter in the K1037 News department.

For his part Zafran is excited about his new job.  “I have graciously accepted to join K1037 Radio Kahnawake as their afternoon drive newscaster, joining friend and colleague, Paul Graif,” Zafran said. “It is a privilege to serve this wonderful community who have been warm, respectful and accepting since my arrival. I look forward to celebrating my 30th year on-air professionally on June 23, 2020, and I will have that opportunity provided by K1037.”

Zafran can be heard weekdays from 1-6 PM with newscasts on the hour, as well as traffic reporters during Afternoons with Abbey.

K1037 Kahnawake is a community radio station that has been serving Kahnawa:ke and surrounding communities since 1981.