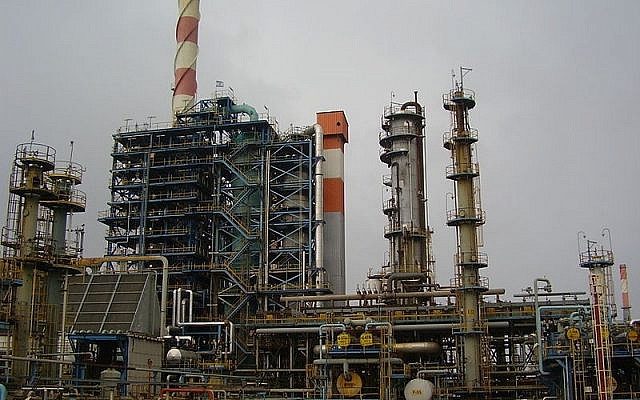 Israel is one of the smallest countries on Earth, possessing no vast continental natural resources, claiming only 22,000 square kilometers, much of it desert. It should be expected that the citizenry of such a diminutive nation would be thrilled by the truly colossal reserves of both oil and natural gas recently discovered—the Leviathan, Tamar, Tanin and other fields—in her territorial waters offshore. But some Israelis aren’t pleased and moreover of are up in arms.

Self-styled environmental activists, demanding to dismantle the West’s factories, infrastructure, energy and agricultural industries, having dug in their heels in Europe and North America for decades, are now to be heard attempting to hold back Israel as well. And they’re repeating the only word eco-extremists ever have shouted for these last decades: no.

They said “no” in 2014 to a hydraulic fracking pilot project in the Adulam region between Tel Aviv and Jerusalem. They frowned in 2015 at petitions by Afek Oil and Gas to extract vital petroleum and methane from the Golan Heights. Last year 4,000 protesters assembled in Tel Aviv to halt even before it’s started the extraction of the astounding energy reserves from the Leviathan offshore field, estimated to hold 600 million barrels of oil and enough natural gas to satisfy the Jewish nation’s needs for the next half century or so, some 22 trillion cubic feet. Whenever and where ever fundamental energy resources are requisite to heat homes, power industry and commerce, arm the military, fuel agriculture or produce electricity, the answer seems always be in the negative since the over-arching pretense being peddled is that petroleum and natural gas aren’t necessities and that Israel can and should do without.

The pessimism of the anti-everything crowd is distracting enough that sober-minded Israelis may have neglected to examine what precisely is being opposed. When slogans and placards are cleared from the debate it’s plainly seen that calling for an end to just natural gas, for example, is giving assent to an appeal for mass-suicide. The hostility to hydrocarbons at the core of far-fringe politics masquerading as environmentalism is tantamount to favor putting humanity’s neck in a noose, so Israelis who hear incessant calls for immediate bans should take the time to envision the kind of dystopian nightmare which would ensue with the disappearance of just natural gas. The image of the future with fracking prohibited everywhere, with natural gas banned from the planet, is a truly horrific vision of unparalleled disaster.

Every living thing requires fixed nitrates since the double-helices of the DNA in our chromosomes can’t be constructed without nitrogenous bases. For the entire duration of the history of life on Earth access to fixed nitrogen was an unbreakable ceiling for how much life could thrive on the planet. Whatever was produced by the few genera of microscopic organisms, and through lightning strikes, determined the extent of the world’s larder.

Naturally generated fixed nitrogen, however, last year and every year only supports a population of approximately 3.8 billion people, yet there are over 7.5 billion of us, giving rise to one of the most astounding facts. Half of the nitrogen compounds of the DNA of the chromosomes of all thirty trillion cells in our bodies—half, of it—is artificial, cooked up in ammonia factories around the world. The simple fact is that half of us wouldn’t be here without the Haber process: taking natural gas, steam and the nitrogen in the air and converting it into ammonia, the precursor of fertilizers.

Some half a billion tons of fertilizer is produced via the Haber process every year, requiring almost 2% of the world’s energy and an astonishing 5% of the world’s natural gas production—2/3 of which in the US is extracted by fracking. That’s how the world is fed, so those calling for an end to everything—no cars, no meat, no oil, no aviation, no coal, no gasoline, no steel, no plastic, no methane, no fracking—are naively appealing for no people as well, or at least fewer than are currently walking the Earth now. Half of us would have to go.

So those who imagine themselves eminently qualified to command that the untold number of terrifyingly complicated and almost incomprehensibly intertwined facets of uber-sophisticated 21st century modernity be turned upside-down to satisfy bizarre fantasies of climate doom, toxic disaster, global apocalypse and the like, would be the very vehicle for such cataclysms should they be permitted to steer the policies of the planet.

Steel for the Israeli Defense Forces’ weaponry can’t be forged without coal, petroleum or methane, food for the Jewish state’s population can’t be grown without fertilizers keeping a world nourished far beyond its natural means. Add to that ten thousand or a hundred thousand other medicines, emergency services, vital transportation, communication amenities, medical procedures, refrigeration and storage capabilities—all of which keep incalculable numbers of Israelis alive—and it can be seen that those marching in the streets to prevent the lifeblood of energy from flowing from the Leviathan field are the most appropriate candidates for Israelis to simply ignore.

That oil and gas is slated to start flowing in no more than a few weeks, coming online before the end of 2019.